RIAA in Replay of File Sharing Case is Awarded $1.92 Million for 24 Songs 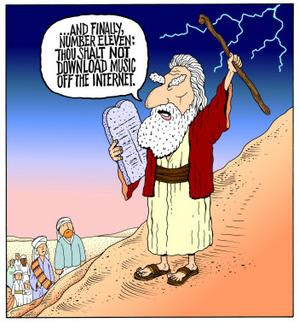 The Recording Industry Association of America won a federal trial in a case against a Brainerd, Minnesota woman accused of downloading 24 songs from Kazaa file sharing service. Jammie Thomas-Rasset has to pay $80,000 per song as a result of the judgement. Under federal law, the jury could have awarded up to $150,000 per song. This is the second time that the case was argued in front of a federal jury and the second time that Jammie Thomas-Rasset has lost. In the first case, she was ordered to pay up $222,000. Due to a judicial error in the first trial, a new trial was ordered. Thomas-Rasert's lawyer said the RIAA failed to prove that the songs were shared. In testimony this week, Thomas-Rasset denied any songs were shared. Attorney for the recording industry, Tim Reynolds, said the copyright security company MediaSentry traced the files to the IP address to Jammie's computer. MediaSentry then downloaded a sample from her shared folder on her computer. This proved to be an important point. Thomas-Rasert isn't worried about the judgement imposed because she feels its unrealistic and the RIAA would never get that kind of money from a regular Mom like herself. Attorney Tim Reynolds said the RIAA would be willing to settle.