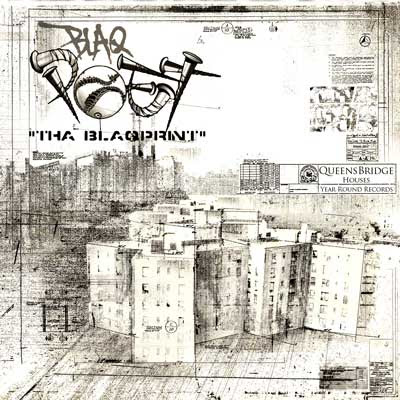 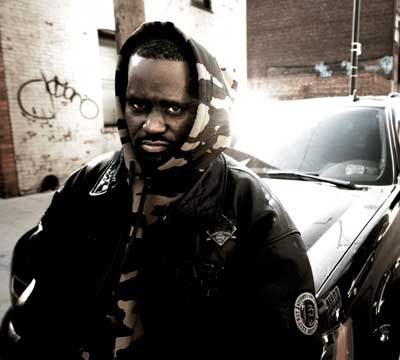 A few weeks ago, I was invited by Audible Treats & Fat Beats to a listening session at the former D&D studios. Renamed HeadQcourterz and owned by the legendary DJ Premier, the air of historic hip hop recordings floated through the studio as I prepared to be assaulted by the "boom-bap". Before we were given a dose of that uncut, Premo explained his purpose for starting his own label, YearRound Records. Premo was incredibly passionate about restoring the craft to hip hop music. He told us that he sold his house to start the venture and one of his priorities was to sign Queensbridge rapper, BLAQ POET. Poet, also a member of Screwball ("F.A.Y.B.A.N." & "I Shot Rudy") and an early mic opponent to KRS One, was the kind of emcee that Premier wanted to lead the charge. Blaq Poet's gruff voice, attack on the mic and street knowledge allowed Premo to bring the vision to fruition.

"THA BLAQPRINT" is a return to the classic format of the sole producer driven album. Although two tracks are produced by Easy Mo Bee, the remaining 13 tracks are all Premo. Laced with limited guest appearances (N.O.R.E., NYG'z, Lil Fame and Poet's cousin KL), "Tha Blaqprint" delivers on its promise. The lead-off single, "Aint Nuttin' Changed", set the tone for the album. Standout tracks on the album include, "You Fucked Up", "Addiction", "Stretch Marks and Cigarette Burns", "Situations" and "Voices". The combination of Blaq Poet and DJ Premier is a winner as it leads the way for a return to balance in hip hop.