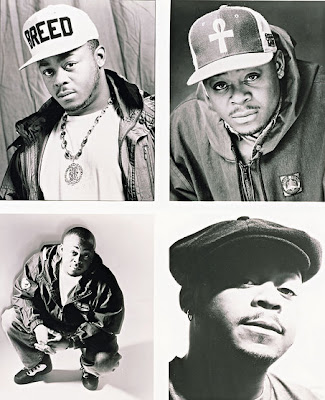 MC Breed is joining his pal Tupac in the great rap hall in the sky.

The Michigan hip-hopster best known for the 1993 hit "Gotta Get Mine," featuring Shakur, died of kidney failure Saturday at the age of 37.

Breed (full name Eric Breed) had been ill for some time and died as a result of kidney failure in his sleep at a friend's house in Ypsilanti, a suburb of Detroit. "We are saddened by our great loss. More than just an artist, we mourn the loss of a beloved father, son, brother and friend," his family and management said. "We are thankful and blessed to have been in his presence and want him to be remembered for his creative, caring, talented and hard-working spirit." Breed's 1991 debut, M.C. Breed & DFC, spawned the single "Ain't No Future in Yo' Frontin'." His 1993 release, The New Breed, featured "Gotta Get Mine" with Tupac. After Shakur's death in 1996, Breed released 10 more albums but never really broke through the mainstream again.

There is a great article posted HERE from earlier this year and the video below is of his hit with Tupac Shakur, "Gotta Get Mine":