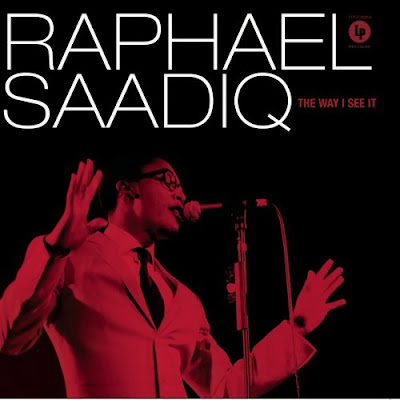 If you haven't picked this up don't miss out on another great CD, "THE WAY I SEE IT", from one of the founding members of Tony Toni Tone- Raphael Saadiq. Its a concept album that reflects the music of the 60's Motown and Stax era. Raphael Saadiq flawlessly brings the vibes and soulful instrumentation that he is known for. I am not a major R&B fan when it comes to many of the current crop of artists but I never miss a Saadiq album.. 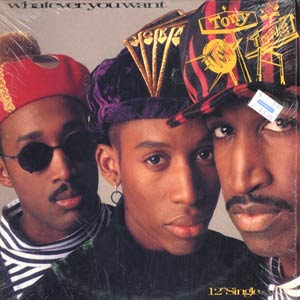 On topic of Raphael Saadiq, DREA reminisces on his original group TONY TONI TONE and the impact of their music-

I decided to show love to a group that I truly enjoyed listening to during my late teens/early 20's and even to this day. Well, I consider them to be more of a band than a group. Ladies and gentlemen, I present to you Tony Toni Tone. Tony Toni Tone first appeared in 1988 with their debut album entitled "Who". The proved themselves to be different from all the other groups that were out at that time. They presented themselves in a sleek suave style. You could tell early on that these gentlemen played from the heart. What was interesting and also refreshing during that era was they played musical instruments, wrote and composed their own music, danced, and of course sing (can't decide between sing or sang). When you hear their music, you don't get the "in the studio" type of feel. It's as if your neighbor's kids were in their garage just jamming and having fun. Staying true to who they were, they returned in 1990 with their second album "The Revival", a third album in 1993 with "Sons Of Soul", and finally in 1996 "House Of Music". Each has proven themselves as producers along with being able to create music as solo artists and performing with others but my focus is on the original group itself.

With Tony Toni Tone's music, you hear pure soul music. Gospel, Blues, Funk, a dash of Rock & Roll, and of course R&B. Whenever they released a single, you were guaranteed to hear a song that sounded so familiar to you. Then it would hit you that the melody was one you heard when you went to church with your mom or your grandmother. "Little Walter", "Feels Good", and "House Party II (I Don't Know What You Come To Do)" are the ones I'm speaking about. I know I'm missing another one but you get my point. Their music didn't sound like anyone else who happened to be popular at the time. They made it a point to create their own style of music and fashion. They weren't just another manufactured group. Tony Toni Tone took a huge chance by being themselves from the start and it proved to be the right thing to do. They played by their own rules, used no gimmicks, and had fun with it.

I also love their music because you are sure to hear something you will relate to. From having the ups and downs of being in relationships and also being able to enjoy life. It was almost refreshing how they were able to take something like heartache and not sing about it in the more traditional depressing way. Songs like "Not Gonna Cry For You" off of their "Who" album and "My Ex-Girlfriend" off of their "Sons Of Soul" album gave you more of an uplifting way to deal with a break-up. The clever thing they also did was hit you with hard beats that you had no choice to get up and dance to. It wouldn't be until much later that you realized that there were lyrics to the songs that you would learn quickly so you could sing while you danced. They are set to reunite in 2009 but the only original members will be D'wayne Wiggins, Timothy Riley, and Amar Khalil. I'll wait and see what happens next but me personally, I want MY Tony Toni Tone or no Tony at all!
Posted by EDAYE at 2:15 PM
Labels: raphael saadiq, tony toni tone

"Anniversary" is one of the greatest songs of all time.