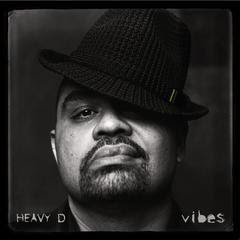 Heavy "bong diddly-diddly" D has made a return to recording with a new album of reggae burners entitled VIBES. Released on September 30th, this one took me by surprise as fans of Heavy D's music have been wondering if we would ever hear from one of the most respected emcees in hip hop. I checked out some of the new music on his myspace and on his imeem pages. It's refreshing to hear him just on the reggae tip but it is not a new arena for the Hev-ster. Heavy D (Dwight Meyers) is of Jamaican descent and he has done several reggae songs with artists such as Super Cat, Buju Banton ("Dem No Worry We") and Josey Wales among others. The L.A. Times' music blog posted a great article about the project HERE.
Posted by EDAYE at 3:50 AM
Labels: heavy d, reggae