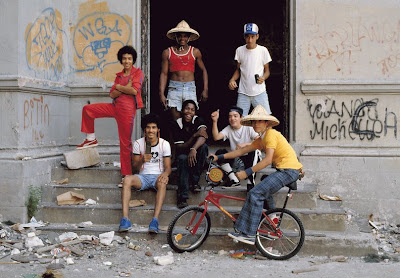 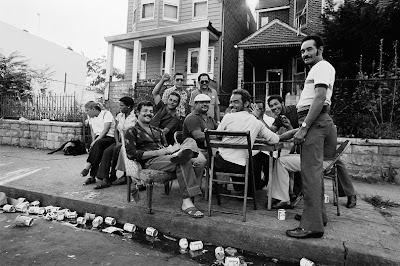 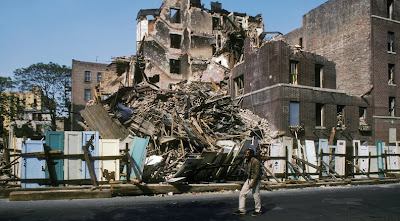 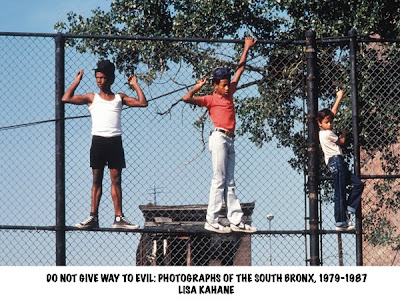 powerHouse Books announces the release of Lisa Kahane's "Do Not Give Way to Evil: Photographs of the South Bronx, 1979 -1987". From the press release:

The Bronx had almost stopped burning by 1979. The intensity and extent of the devastation permeated the landscape. It was an awesome mess, not just another neighborhood, but another realm, visible but incomprehensible. The Bronx came undone in a confluence of unfortunate circumstances: the life cycle of community, rampant city planning, economic change, racism, poverty, failed hopes, drugs, crime, abandonment, counterproductive government response. It was destroyed for profit. The entire story has yet to be told.

A friend suggested to photographer Lisa Kahane that she record it for a time when it would be a memory, which was then impossible to imagine. The ruins of the immediate past overwhelmed any idea of a future. Ironically, Kahane had a good time in the Bronx. People smiled and said, "Throw me a photo!" Few objected to having their picture taken and no one tried to take her camera away. They wanted their story told. Any discomfort the camera might inflict was nothing compared to what they'd endured.

The result, Do No Give Way to Evil: Photographs of the South Bronx, 1979-1987, is an extraordinary document of devastation and rejuvenation, as Kahane records the first seeds of rebuilding. Throughout this desolate world, the people live alongside abandoned buildings and debris-strewn lots, carrying on their business with civic pride. Though the buildings may be ghosts of their former selves, the spirit of the people holds strong.