Nate Dogg Suffers Second Stroke In Less Than A Year 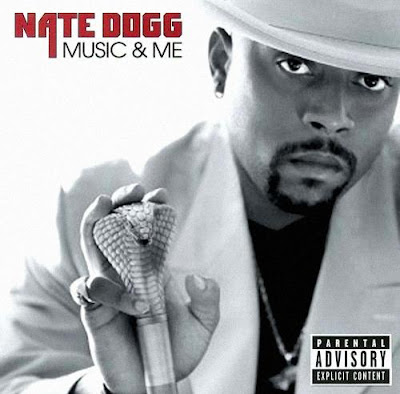 This in from Yahoo! news:

West Coast rapper Nate Dogg was hospitalized nearly two weeks ago after suffering a stroke, his second in less than a year.

But contrary to Internet news stories that offered an upbeat prognosis, a family member tells E! News that as of Wednesday the 39-year-old hip-hopster was on life support in a Los Angeles-area hospital with a feeding tube in his mouth.

"He has suffered another stroke from his bad eating habits and unhealthy lifestyle," says Donald Smith, Dogg's cousin and a fellow emcee who goes by the moniker Lil' Half Dead. "All we can do now is pray for him."

Dogg has since been taken off life support but as of today still requires a feeding tube, according to Smith. The rapper, whose real name is Nathaniel Hale, was stricken on Sept. 5. Earlier this week, manager Rod McGrew told the hip-hop news site SOHH "the prognosis at this time is favorable. We're positive, prayerful, hopeful and patient." Citing unnamed sources, TMZ offered a starker assessment, saying that while Dogg did not suffer any brain damage, he has exhibited little movement below the neck.

The MC, a cousin of Snoop Dogg who made his debut on Dr. Dre's 1992 album The Chronic before signing with Death Row Records, was first felled by a stroke on Dec. 19, leaving him partially paralyzed.

Dogg had continued his recovery in physical therapy, but still relied on the use of a wheelchair.