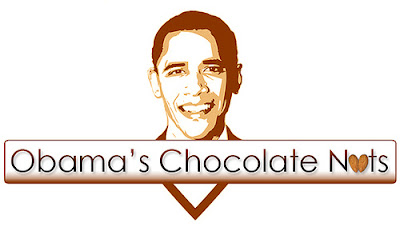 Comedian David Feingold (aka Fat Jewish Guy), has launched a website selling chocolate covered and "salty" nuts with Barack Obama's face and name on the label. To be fair, Jesse Jackson opened up the floodgates for comedy after that quip about wanting "to cut Obama's nuts out" earlier this week. David Feingold jumped, and is selling merchandise and has video promos for it. Its kinda funny but I wouldn't be surprised to hear of a cease and desist soon..
Posted by EDAYE at 1:48 PM