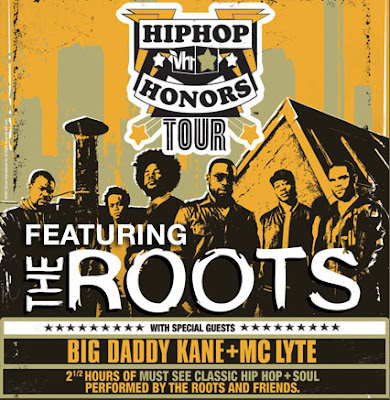 This year also sees the first Hip Hop Honors Tour. The Roots headline with special guests including Big Daddy Kane & MC Lyte. Check the listings for a city near you. Tickets for the October 5th, New York City show can be purchased HERE.
Posted by EDAYE at 1:57 AM