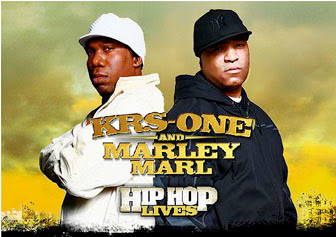 Now this is a highly anticipated release from 2 of the greatest, most influential masters of Hip Hop. KRS One (with Boogie Down Productions) and Marley Marl (with the Juice Crew) had one of the most famous battles in the history of the music. There were no deaths and it was all about the music and braggin' rights. Forward 20 years later, these two giants are set to release a CD together. HIP HOP LIVES is due to be released on 5/22/07 on Koch Records. Check the site for a short video on the making of the album. The video for the first single, "Hip Hop Lives" is here: