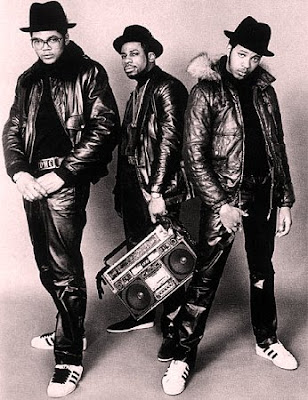 With Notorious still heating up theaters, earning an estimated $32 million in box office sales after two weeks, the film’s screenwriter Cheo Hodari Coker is in the process to tackle yet another hip-hop biopic. According to the Hollywood Reporter, Coker – who along with writing Notorious’ screenplay also penned Unbelievable: The Life, Death, and Afterlife of The Notorious B.I.G. - has signed on to adapt Bill Adler’s Tougher Than Leather: The Rise of Run-D.M.C.–The Authorized Biography for the big screen. The Run-D.M.C. flick hopes to engage the same viewing audience as the Biggie biopic, this time delving into the lives of rap legends Joseph “Run” Simmons, Darryl “DMC” McDaniels and Jason “Jam Master Jay” Mizell - whose life was cut short when he was shot and killed in 2002.
Posted by EDAYE at 9:03 AM
Labels: movies, run dmc